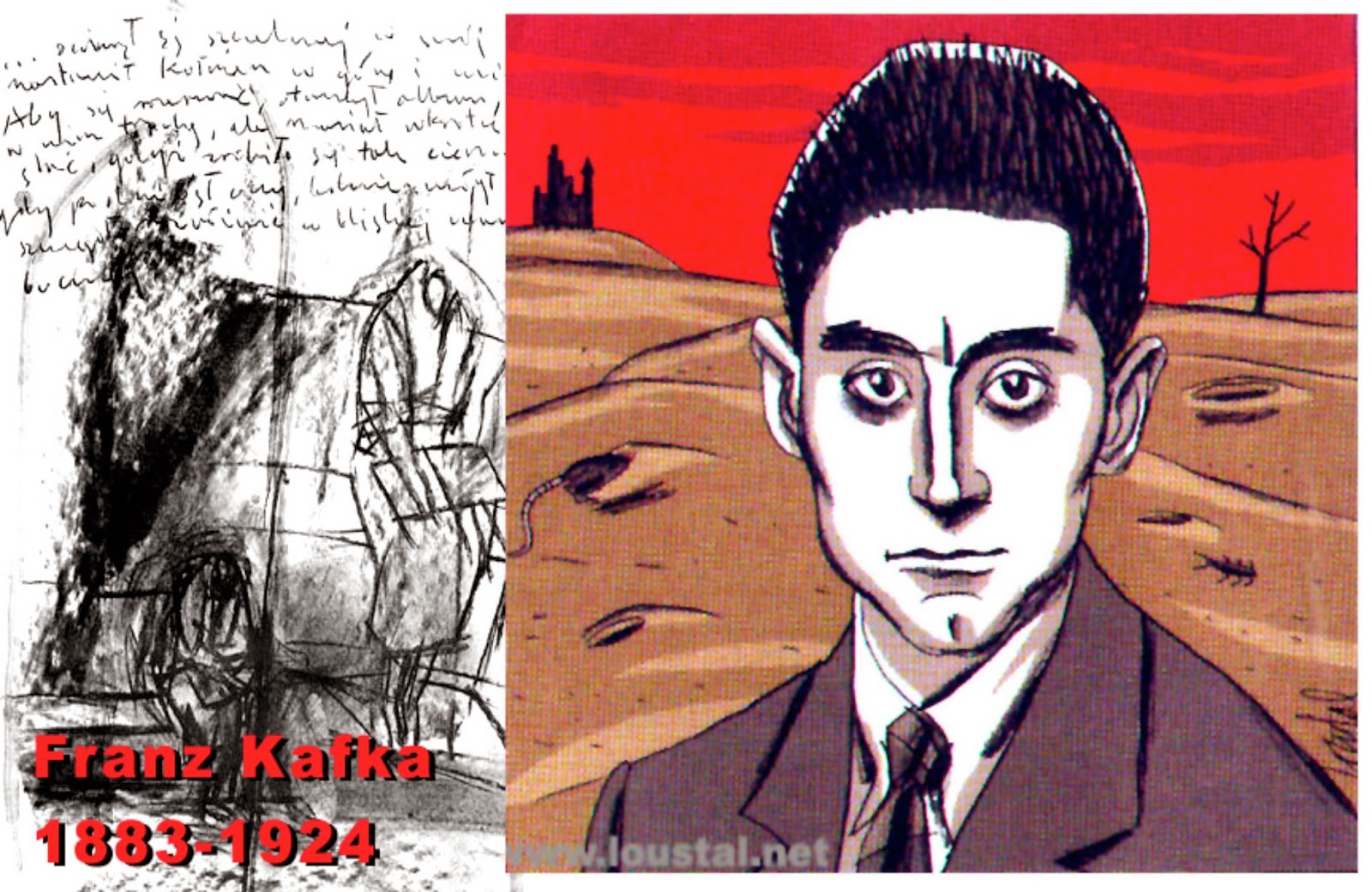 “Words are the most powerful drug used by mankind.” Rudyard Kipling.

Word for Thesaurus Thursday today is:
Kafkaesque |ˌkäfkəˈesk| adjective
characteristic or reminiscent of the oppressive or nightmarish qualities of Franz Kafka’s fictional world.

Franz Kafka was born July 3rd, 1883, Prague, Czech Republic and died June 3rd, 1924, Kierling, near Vienna, Austria. He was a German-language writer of visionary and often confronting fiction, whose posthumously published novels - especially Der Prozess (1925; The Trial) and Das Schloss (1926; The Castle)—express the anxieties and alienation of 20th-century man.

In The Trial the hero, Joseph K, is an able and conscientious bank official who is awakened by bailiffs intent on arresting him. The investigation in the magistrate’s court turns into a farce, the charge against him never defined. Joseph K. tries desperately to a search for inaccessible courts and for an acquittal from his unknown offence. It is Kafka’s blackest work with evil omnipresent and an acquittal or a redemption impossible. The frenzied effort of Joseph K to attain these indicates man's real impotence in the face of the demands of modern society.

The Metamorphosis (German: Die Verwandlung, also sometimes translated as The Transformation) is a novella, first published in 1915. It has been cited as one of the seminal works of fiction of the 20th century and is studied in colleges and universities across the Western world. The story begins with a travelling salesman, Gregor Samsa, waking to find himself transformed (metamorphosed) into a large, monstrous insect-like creature. The cause of Samsa’s transformation is never revealed, and Kafka himself never gave an explanation. The rest of Kafka’s novella deals with Gregor’s attempts to adjust to his new condition as he deals with being burdensome to his parents and sister, who are repulsed by the horrible, verminous creature Gregor has become.

The Castle (German: Das Schloss, later also Das Schloß) is a novel published in 1926. In it a protagonist, known only as K., struggles to gain access to the mysterious authorities of a castle who govern the village for unknown reasons. Kafka died before finishing the work, but suggested it would end with K. dying in the village; the castle notifying him on his death bed that his “legal claim to live in the village was not valid, yet, taking certain auxiliary circumstances into account, he was permitted to live and work there”. Dark and at times surreal, The Castle is often understood to be about alienation, bureaucracy, the seemingly endless frustrations of man’s attempts to stand against the system, and the futile and hopeless pursuit of an unobtainable goal.

You may be interested in a film by Steven Soderbergh, “Kafka” (1991), that is a curious beast -a mixture of fiction and biography of Kafka’s life, starring Jeremy Irons; and Orson Welles’ “TheTrial” 1962, which is a film version of Kafka’s dark masterpiece.
Posted by Intelliblog at 14:21