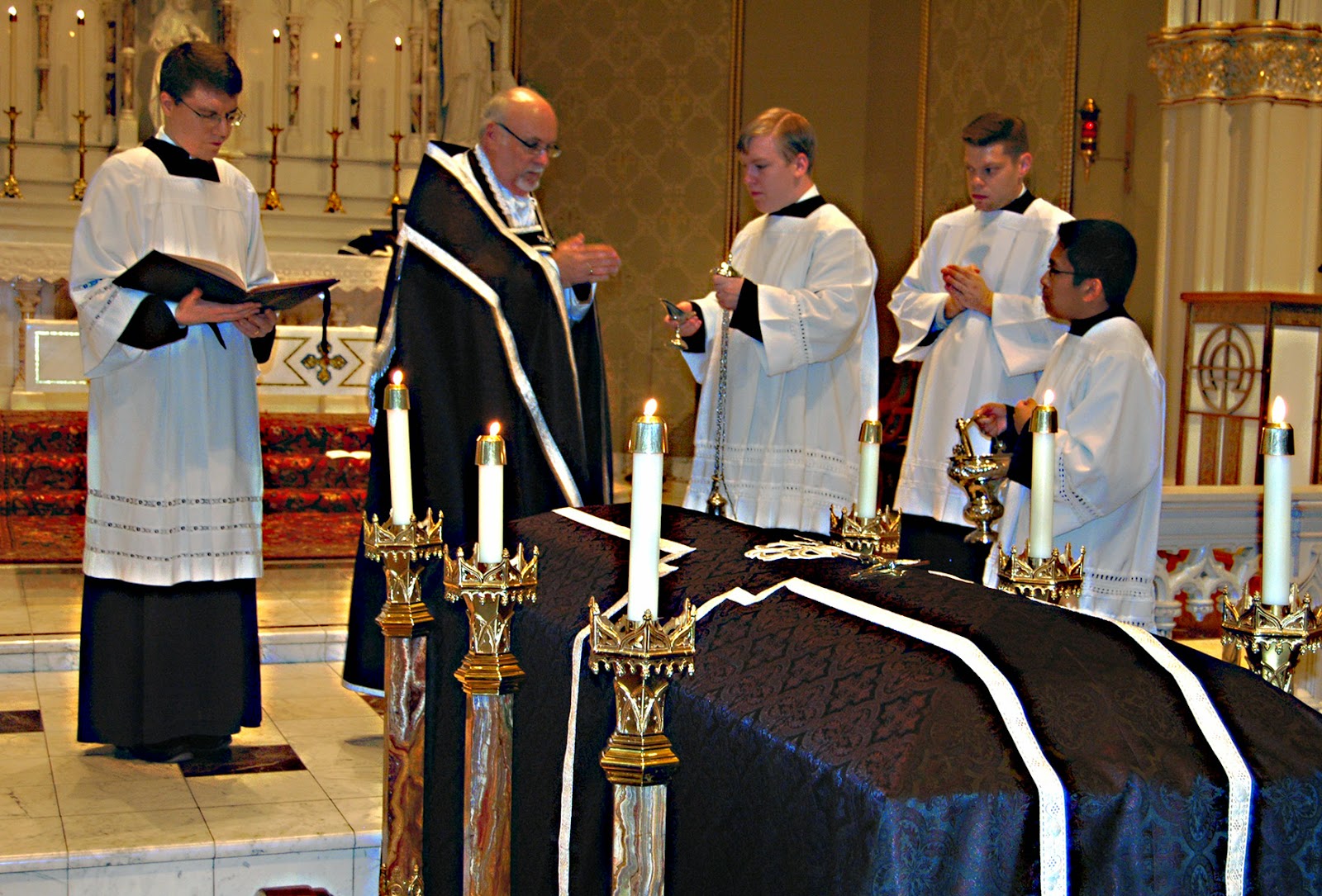 “Let none weep for me, or celebrate my funeral with mourning; for I still live, as I pass to and fro through the mouths of men.” - Quintus Ennius


For Music Saturday a masterwork by Giuseppe Verdi, his incomparable “Messa da Requiem” (Requiem Mass). A Requiem Mass, also known as Mass for the dead (Latin: Missa pro defunctis) or Mass of the dead (Latin: Missa defunctorum), is a Mass in the Catholic Church offered for the repose of the soul or souls of one or more deceased persons, using a particular form of the Roman Missal. It is frequently, but not necessarily, celebrated in the context of a funeral.

Musical settings of the propers of the Requiem Mass are also called Requiems, and the term has subsequently been applied to other musical compositions associated with death and mourning, even when they lack religious or liturgical relevance. The term is also used for similar ceremonies outside the Roman Catholic Church, especially in the Anglo-Catholic branch of Anglicanism and in certain Lutheran churches. A comparable service, with a wholly different ritual form and texts, exists in the Eastern Orthodox and Eastern Catholic Churches, as well as in the Methodist Church.

The Mass and its settings draw their name from the introit of the liturgy, which begins with the words “Requiem aeternam dona eis, Domine” (Grant them eternal rest, O Lord). The Roman Missal as revised in 1970 employs this phrase as the first entrance antiphon among the formulas for Masses for the dead, and it remains in use to this day.

The full text of the Requiem Mass in Latin and English can be found here:
http://members.optusnet.com.au/charles57/Requiem/lyrics.htm

The Messa da Requiem for four soloists, double choir and orchestra by Giuseppe Verdi was composed in memory of Alessandro Manzoni, an Italian poet and novelist whom Verdi admired. The first performance, at the San Marco church in Milan on 22 May 1874, marked the first anniversary of Manzoni’s death. The work was at one time called the Manzoni Requiem. Although originally composed for liturgical purposes, in modern days it is rarely performed in liturgy, but rather in concert form of around 85–90 minutes in length. Musicologist David Rosen calls it: “Probably the most frequently performed major choral work composed since the compilation of Mozart’s Requiem.”

After Gioachino Rossini’s death in 1868, Verdi suggested that a number of Italian composers collaborate on a Requiem in Rossini’s honour. He began the effort by submitting the concluding movement, the “Libera me”. During the next year a “Messa per Rossini” was compiled by Verdi and twelve other famous Italian composers of the time. The premiere was scheduled for 13 November 1869, the first anniversary of Rossini’s death.

However, on 4 November, nine days before the premiere, the organising committee abandoned it. Verdi blamed this on the scheduled conductor, Angelo Mariani. He pointed to Mariani’s lack of enthusiasm for the project, even though he had been part of the organising committee from the start, and it marked the beginning of the end of their friendship. The piece fell into oblivion until 1988, when Helmuth Rilling premiered the complete “Messa per Rossini” in Stuttgart, Germany.

In the meantime, Verdi kept toying with his “Libera me”, frustrated that the combined commemoration of Rossini’s life would not be performed in his lifetime. On 22 May 1873, the Italian writer and humanist Alessandro Manzoni, whom Verdi had admired all his adult life and met in 1868, died. Upon hearing of his death, Verdi resolved to complete a Requiem (this time entirely of his own writing) for Manzoni. Verdi travelled to Paris in June, where he commenced work on the Requiem, giving it the form we know today. It included a revised version of the “Libera me” originally composed for Rossini.