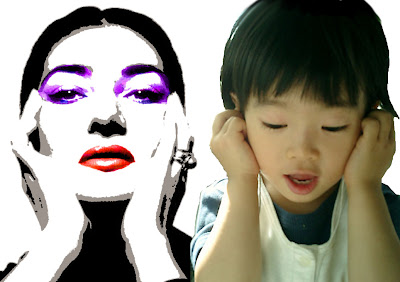 “He who hears music, feels his solitude peopled at once.” - Robert Browning

Yesterday on the train, commuting to work I was struck by a young man who was listening to his iPod. Even though he was sitting about 3-4 seats away from me, I could hear the loud music he was playing through his headphones. Surely he must have been deaf to be able to withstand the music playing that loudly in his ears. Bemused, I looked on and the woman sitting next to me started a conversation about the loudness of the music and what that young man was doing to his hearing. Today I did some searching on the net and was interested to find a treasure trove of studies on this topic.

Teenagers seem to know that loud music can damage their hearing, yet most see no reason to lower the volume on their iPods. Students at two high schools in the Netherlands were interviewed by researchers and found that the teens were aware that blasting an MP3 player could harm their hearing. Most said they usually played their own players at maximum volume and had no plans to change that. Like many teenagers, the students often denied their own personal risk. Most knew the general hazards of loud music, but believed they had a "low personal vulnerability" to hearing loss, the researchers report in the Journal of Pediatrics.

Parents can also look for signs of a problem, like when a child complains of ringing in the ears or sounds being "muffled”. Many parents may be unaware of the hearing risks posed by MP3 players, and of the 73 students in the study, few said their parents had warned them that playing the devices too loud could harm their hearing. Many students in the study said they did not know how to tell when their MP3 players were too loud. Volumes at or above 90 decibels (dB) are believed to be hazardous, but noise levels need to reach 120dB to 140dB to become uncomfortable or painful. Manufacturers, according to the researchers, could equip MP3 players with an indicator that displays the volume level in terms of decibels, along with a signal - such as a flashing light - that goes off when decibel levels reach the danger zone.

As a general "rule of thumb", MP3 users should set the volume no higher than 60 per cent of its full capacity when using "ear bud" style headphones -like those that come with iPods. With over-the-ear headphones, they recommend 70 per cent as the maximum. Just as there are safety standards for occupational noise exposure, researchers suggest that more long-range studies are needed to develop safety guidelines for "leisure-time" noise exposure.

Here is something to caress your ears, the immortal Maria Callas singing “Casta Diva” from Bellini’s opera “Norma”. The opera is about a druidic priestess in ancient Gaul, during the occupation by the Romans. She falls in love with a Roman, they become lovers and she intercedes on his behalf when he is captured by her fellow Gauls. Unbeknownst to her he is having an affair with another priestess, her close friend. Here Norma sings an invocation to the “Chaste Goddess”, the moon. The opera ends tragically with Norma burnt alive on a pyre, but at last she is joined by her lover, who realizes it is her he truly loves.