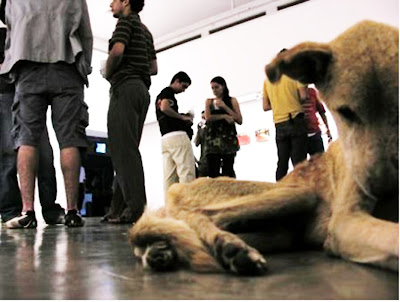 “Cruelty, like every other vice, requires no motive outside of itself; it only requires opportunity.” - George Eliot

The human being is considered to be the peak of evolutionary progress, the paragon of intelligence, the richest in emotional responses, the very centrepiece of creation. Human beings are gifted with reason, with compassion, with altruism, with a rich inner world that allows them to live life to the full, protecting the weak and innocent, to take care of their world, think of the future. Humans have music, have art, have culture. They live to write poetry and paint canvases, sing songs and dance ballets. What a wonderful world we humans live in, enjoying it as we do when each of us is endowed with such wondrous and marvellous gifts…

Aren’t idyllic dreams of a perfect world wonderful? The most despicable, the most horrendous, most terrible, most barbaric acts are those carried out by humans beings. Whatever can be imagined in the most warped mind can be realized by humans. Whatever can be dreamed in the most terrible nightmare can be made grim reality by humans. Whatever can be thought of in order to degrade, torture, despise, denigrate, terrify, terrorise other humans, we see reported in the news daily. And it does not stop there. We humans can even become more monstrous, more mindlessly destructive and repulsive. We can extend our activities to torture animals, not for the perhaps defensible purpose of food provision, but for the sake of… art!

Guillermo Vargas a.k.a. ‘Habacuc’ (born 1975) is a Costa Rican “artist” who used a starving, sick street dog as part of an exposition in Managua, Nicaragua. He allegedly found the dog tied up on a street corner in a poor Nicaragua barrio and brought it to the showing. He tied the dog, according to furious animal lovers, in a corner of the exhibition salon where it died in his “art installation”. His point was, that there are thousands of dogs around Costa Rica dying every day and nobody cares. Using his “artistic sensibilities” he heightened public awareness of their plight… This is the link to a YouTube video on the exhibition (in Spanish and not for the faint-hearted!)

It is reported that the dog was left to die with no food and no water as patrons passed by in the gallery. The director of the Códice Gallery has stated that the animal was only tied up for 3 hours on one day and was fed and that finally the dog escaped. Guillermo Vargas has been selected to represent Costa Rica at the Bienal Centroamericana Honduras 2008 and an online petition has been made with over 1.8 million signatures against this selection (see here).

That not one of the refined “art lovers” went to liberate that tied dog I find even more repulsive than the cruel act of tying up the dog. “One of the ill effects of cruelty is that it makes the bystanders cruel.” Said Thomas Fowell Buxton, and though we find cruelty inherent in our human nature, at least we should make every effort to quash it, because it should seem unnatural to us. We have reason and intellect, we have emotion and sensitivity enough to be able to renounce the baser instincts of our humanity and rise above that in order to ennoble ourselves. Or is the world going completely mad?
Posted by Intelliblog at 02:24