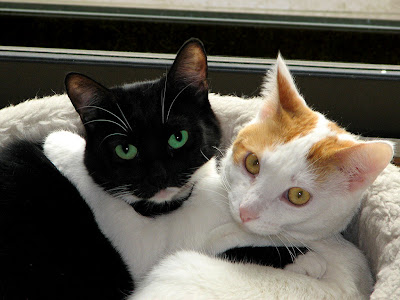 “Prejudices are the chains forged by ignorance to keep men apart.” - Countess of Blessington

The United Nations has laid aside the 21st of March as the International Day for Elimination of Racial Discrimination. On that day, in 1960, police opened fire and killed 69 people at a peaceful demonstration in Sharpeville, South Africa, against the apartheid "pass laws". At that time, the South African Government was a brutal regime that applied the theory of inequality between races, regardless of humanity’s moral and ethical advances. Proclaiming the Day in 1966, the General Assembly called on the international community to redouble its efforts to eliminate all forms of racial discrimination.

Quality education is vital in eliminating racial discrimination. International agencies such as UNESCO have constantly advocated the importance of education for combating stereotypes and building mutual understanding and respect between the various peoples of the world. High quality learning materials and pedagogical approaches that promote social cohesion and respect for human rights are among the most powerful weapons in the fight against discrimination. Sport and physical education must also provide an effective framework for promoting dialogue, tolerance and mutual understanding, in particular among youth. If children all over the world are brought up to respect diversity, celebrate differences and learn from each other’s cultures, the adults that they will grow up to be will be citizens of a better of world. Today, is an opportunity to affirm and intensify these efforts to eliminate racial discrimination, and to realize the right of every individual to live in dignity and peace.

Australia has a bad record in terms of racial discrimination, but I am glad to say that times are changing and people are beginning to become more open-minded. The way that the indigenous people of Australia have been treated since the arrival of the Europeans is a shameful chapter in Australia’s history and the compounding of injustices over the centuries perhaps reached its peak with the stolen generations of the 50s and 60s where aboriginal children were taken from their parents and given to white families or put in orphanages in order to “bring them up right” and “save them from their savagery”. This caused generations of pain and psychological damage, separated families and obliterated the cultural heritage of a proud and free people. In recent times our former prime minister, John Howard, refused to acknowledge this injustice and refused until he was voted out to say “sorry” to the stolen generations. Our current prime minister Kevin Rudd acknowledged the wrongs of the past and apologized to the aboriginal people for the past wrongs.

Aboriginal people in Australia nowadays are beginning to regain their dignity, their culture and are ready to play an important role in modern Australian society of today and the future. Here is a song from the Australian Aboriginal band Yothu Yindi, called “Djäpana”. Highly characteristic is the native wind instrument, the didgeridoo, providing the low cooing sound.