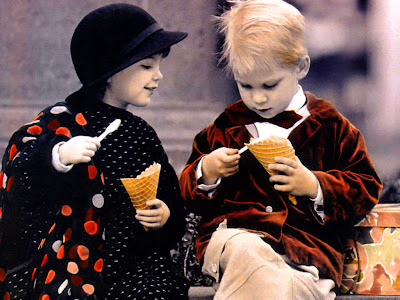 “Instruction in sex is as important as instruction in food; yet not only are our adolescents not taught the physiology of sex, but never warned that the strongest sexual attraction may exist between persons so incompatible in tastes and capacities that they could not endure living together for a week much less a lifetime.” - George Bernard Shaw

A 12-year-old girl in Dubbo, NSW has given birth to a baby boy. The girl had shared a bed with the father of the unborn child from the age of 11 after her mother allowed him to move into their home. The girl’s father, who is separated from the mother, repeatedly pleaded with staff at the Department of Community Services (DOCS) helpline, but they did nothing about the situation. The department admitted it failed to act earlier because staff were working on more urgent cases. The police said they were also unable to intervene because both children were under the age of consent. If the boy was 18, police would have immediately begun a criminal investigation. When the girl’s father finally took custody of her in March, he discovered she was pregnant.

Reports say that the girl was “petrified” when she went into labour and had to have an emergency caesarean section. Three weeks after the birth, the girl was still struggling to cope with being a mother despite receiving constant counselling and parental training. The father of the girl is providing her with all the help and support he can. Everyone around the girl and her family was advising her to have an abortion, but the father who is a Christian was against it. However after speaking to counsellors and representatives from DOCS, he said that he changed his mind and advised his daughter to have an abortion. However, the girl spoke to her boyfriend at the time, who dissuaded her from having an abortion. The girl and the baby’s father are no longer together and the girl is living together with her mother again, and they will raise the baby together. The girl has decided to continue her schooling, although it will have to be (at least initially) by distance education.

The story is sad and highlights irresponsibility on several levels. On the part of the family of the girl, the state, the police. A young girl’s life has been irretrievably disrupted by events that are beyond her capacity to cope with. Our eroding social mores and the pernicious influence of the media, consumerism, sexual revolution, inappropriate exposure of the young to feelings, situations and relationships beyond their understanding are all contributing to problems like this faced by this young girl and the people around her.

Add to that the increasing number of sexually transmitted diseases (STDs) in Australian society lately, compounds the problem of the sexually active child. However, the problem of STDs is not confined to the young. Almost all sexually active Australians say they have had unprotected sex, and yet more than half of them report that they have never had a test for an STD. A poll of more than 1000 people between 18 an 40 years found that “unsafe sex” was prevalent throughout the group, not just amongst the younger participants, to the tune of more than 90%. The message of “safer sex” seemed to be losing strength and hence the increase in teen pregnancies and rise in STD rates. Sexual health experts Marie Stopes International have begun a campaign to raise awareness and will send mobile phone users two free condoms in a plain envelope when they text their name and address to 19SEXTXT (1973 9898)…

The story is a complex one and it has multiple angles with many different aspects to it. Whatever the girl and her family would have done, new problems would be encountered. Had the girl aborted the baby, the trauma and psychological duress of the procedure would have haunted the rest of her life. Now that she has had the baby, any semblance to a normal childhood has been abandoned. The splitting up of the girl and the father of the baby has created other problems as well. The solution? Not easy, but goes back to fundamental changes in the way that our society operates. Likely to happen? Probably not. My guess is that things will get worse, much worse before they get better. What do you think?

sex |seks| noun
1 (chiefly with reference to people) sexual activity, including specifically sexual intercourse: He enjoyed talking about sex | She didn't want to have sex with him.
• [in sing. ] a person's genitals (used in novels to avoid more vulgar or anatomically explicit terms).
2 either of the two main categories (male and female) into which humans and most other living things are divided on the basis of their reproductive functions: Adults of both sexes.
• the fact of belonging to one of these categories: Direct discrimination involves treating someone less favorably on the grounds of their sex.
• the group of all members of either of these categories: She was well known for her efforts to improve the social condition of her sex.
verb [ trans. ]
1 determine the sex of: Sexing chickens.
2 ( sex someone up) informal arouse or attempt to arouse someone sexually.
DERIVATIVES
sexer noun
ORIGIN late Middle English (denoting the two categories, male and female): from Old French sexe or Latin sexus.
Posted by Intelliblog at 01:11