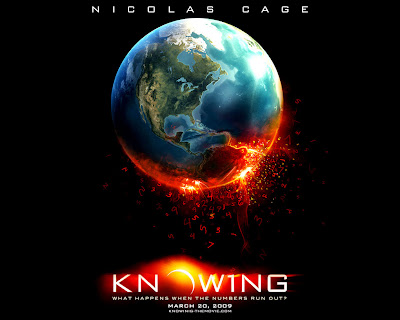 “He who doesn't fear death dies only once.” - Giovanni Falcone

When I was young I used to draw pictures of townscapes with skyscrapers, intricate buildings, freeways, cars, people everywhere. Then as I was drawing I would make a comet appear in the sky, or a bomb, or fiery rain and I would start destroying the city. I drew bright orange flames that licked the buildings, great billows of black smoke that went up to the sky and then ensured that everything on the page was quite obliterated. All of this was accompanied by the appropriate sound effects that only a five-year-old can produce. I grew out of that phase fairly quickly, but I still remember the fun I used to have wreaking havoc in my worlds that I drew and destroyed – creator and destroyer at the same time.

We humans are a strange sort of animal. We can make something out of nothing, build enduring works of architecture, create works of art, plant gardens in the deserts. In the twinkling of an eye we can destroy all of that by pushing a button that drops a bomb, slash and burn in an act of vindictive vandalism or annihilate all in a spiteful act of rage or envy. Our dual nature exalts our spirit to heaven or damns it to eternal hellfire. What has taken our fellow human beings hundreds of years to raise up, we can unflinchingly obliterate within the blinking of an eye…

I think I have made my point. All I can say is that there must have been an awful lot of kids out there drawing cities and then blowing them up when they were five. What made me remember all of this is a film we saw at the weekend and one which was just released and which we haven’t seen yet.

We watched Alex Proyas’ 2009 “Knowing” yesterday and this is a death and destruction disaster movie where the earth ends. It stars Nicholas Cage, Chandler Canterbury, Rose Byrne, and Lara Robinson, who do a fairly good job in a film that has a better first half than second half (strange thing to happen in a disaster movie where all the fireworks happen in the end). In this respect one may say that “Knowing” is a little atypical as far as disaster movies go, with a great deal of time spent in setting the scene, exploring the characters and making a moral point. The weakness of the second part relates to the explanations of why the destruction is occurring and in the “deus-ex-machina” (literally) solution to the survival of the human race.

It was enjoyable in a Sunday matinee type of way and for all the moralistic and philosophical pretensions of the film, it is a disaster movie in the final reckoning and is rather deficient in its catastrophic sequences in the end. One somehow expects more fireworks in a disaster movie, but what fireworks there were, were good enough.

The other film of course that everyone is talking about now is the 2009 Roland Emmerich move, “2012”. This sounds like a turkey of immense proportions, but I admit that I haven’t even seen the trailer. A lot of people were curious enough o go and see it, with a $65 million box-office bang in the USA, as per estimates, beating projections and the weekend competition.

It all goes to prove that as humans we love death and destruction. We are overwhelmed and awed by it and from the horrific news stories of real-life disasters to unlikely scenarios made into ridiculous movies, we watch…

What’s your favourite disaster movie?
Posted by Intelliblog at 21:58