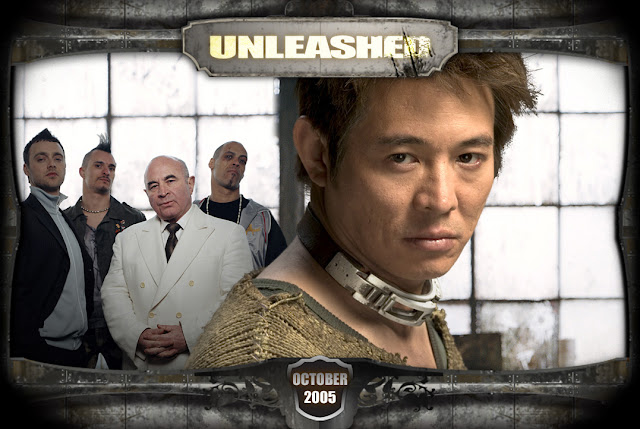 Yesterday we went out briefly in the morning, but we decided to come back as the weather was turning for the worse with some rain on the way and besides which, we were exhausted. It is quite tiring going to shopping centres at this time of the year as they are overcrowded, noisy, hard to park in and so bothersome! I must be getting old…

In the afternoon we watched a movie. It was quite a violent film, but at the same time it had a message. It is amazing how much violence there is in movies nowadays and even though We do not like violent films, but one’s choice is narrowed if one avoids them religiously. Also, one may miss out on quite a good film, whose violent content has a point. We watched “Unleashed” the 2005 Louis Letterier film written by Luc Besson, with Jet Li, Morgan Freeman and Bob Hoskins (http://www.imdb.com/title/tt0342258/). Jet Li is a martial arts movie star (usually acting in fightfest-type movies) and immediately I saw his name on the cover of the DVD I was skeptical, however, the saleswoman at the video store spoke quite highly of the movie, and after reading the plot, I was convinced to get the movie to watch.

It was a good choice, as there was drama, action (and violence, as I said), poignancy, emotion and tension. This is a departure from what Jet Li movies are like, where mostly he is the fighting machine à la Bruce Lee, and where acting is secondary (or tertiary?) to the martial arts displays. “Untouched” is primarily a human story, with the action and violence displayed an integral part of it, and grimly necessary for the story to make its point.

Danny (Jet Li) is a fighting machine who has been brought up to live and breathe martial arts and to never lose. The man responsible for making Danny the perfect fighting animal is Bart (Bob Hoskins), a Glasgow loans shark who has trained Danny from a young boy to live like a dog (hence the alternative name of the film “Danny the Dog”) and wear a heavy metal collar. When the collar is removed, Danny has been trained to attack on Bart’s order and fight, maim, kill until Bart tells him to stop. Danny knows of no other life and despite some tender memories he retains in the deep recesses of his mind, he crouches in his cage until released to do Bart’s evil work.

A “settling of affairs” goes wrong and Danny ends up with Sam (Morgan Freeman), a blind piano tuner and his adopted daughter Victoria (Kerry Condon). Sam and Victoria manage to get Danny to behave like a human again. The power of music and Danny’s inherent musical talent help in this transformation, but unfortunately just as Danny begins to enjoy his new existence, Bart and his cronies reappear to reclaim Danny and to make some shocking revelations about his past.

I was pleasantly surprised by this movie, especially by the excellent job of acting that Jet Li did. He was able to prove himself as a dramatic actor, not only a martial arts expert. Bob Hoskins was excellent as the villain Bart, while Morgan Freeman, true-to-type, did another fine job as a supporting actor and “good guy”. Young Kerry Condon plays with enthusiasm and verve, but still has to earn some acting stripes (I was not convinced by her portrayal of a musical genius!).

The film is worth watching despite the violence – which in this case has a place. It is actually gratifying in some scenes to see the bad guys really get a good hiding (what am I saying?!). I am sure that this film will touch you and Jet Li’s performance was quite an eye-opener for me.
Posted by Intelliblog at 00:23