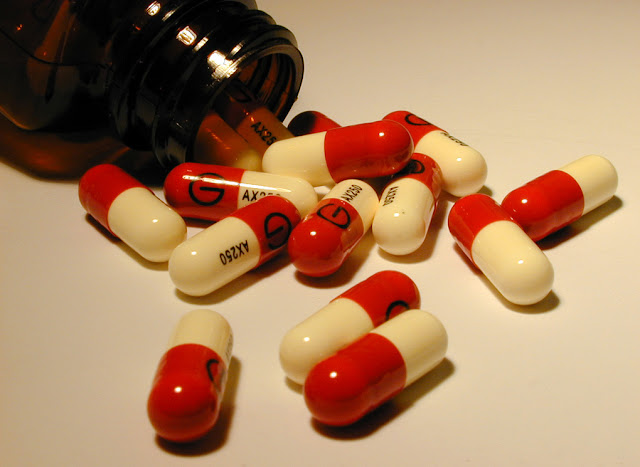 “A good laugh and a long sleep are the best cures in the doctor's book.” - Irish Proverb

It is World Health Day today, with a special emphasis on antimicrobial resistance, which unfortunately is becoming a major problem world-wide. The World Health Organisation (WHO) is warning that antibiotic and antimicrobial drug resistance is being fuelled by widespread misuse of drugs and as a result, hundreds of thousands of people die of severe infections with multiply resistant microorganisms. As antimicrobial drug use is increasing and new drugs flood the market, illicit use and indiscriminate use of new drugs is making them useless, as the microorganisms they are meant to battle develop resistance and cause fatal infections, against which no drug is effective.

The slogan “Combat Drug Resistance” is the WHO’s call for urgent and well-organised action by governments, health professionals, industry, the community and patients in an effort to slow down the spread of drug resistance, limit its impact today and preserve medical advances for future generations. We have been spoilt these past few decades, having a wealth of miracle drugs that could cure effectively killer diseases of the past such as pneumonia, meningitis, peritonitis, tuberculosis, malaria, amoebiasis, syphilis, gonorrhoea etc.

Drug resistance of microorganisms is a natural phenomenon, through which bacteria and parasites acquire resistance to the drugs meant to kill them. It is a simple natural selection process whereby resistant mutant organisms survive because of the widespread use of drugs, which favours their survival while the susceptible organisms die. With each new generation, the microorganism carrying the resistant gene becomes ever more widespread until the drug is completely ineffective. Inappropriate use of infection-fighting drugs (underuse, overuse or misuse) causes resistant strains to emerge faster.

In 2010, nearly half a million of new cases of multidrug-resistant tuberculosis were diagnosed and extensively drug-resistant tuberculosis has been reported in 69 countries to date. The malaria parasite is acquiring resistance to even the latest generation of medicines, and resistant strains causing gonorrhea and shigellosis are limiting treatment options, with increasing numbers of people getting serious complications or dying of the consequences of widespread infection. Serious infections acquired in hospitals can become fatal because they are so difficult to treat and drug-resistant strains of microorganism are spread from one geographical location to another in today’s highly mobile and globalised world.

The WHO is advocating the following policies:
•    developing and implementing a comprehensive, financed national plan
•    strengthening surveillance and laboratory capacity
•    ensuring uninterrupted access to essential medicines of assured quality
•    regulating and promoting rational use of medicines
•    enhancing infection prevention and control
•    fostering innovation and research and development for new tools.

While governments and health organisations, are the first line of defence, hospitals and doctors must work within guidelines in order to put up a strong second line of defence. However, even the ultimate consumer, the patient, has an important role to play in this war against drug-resistant microbes. How often is it that a patient with a trivial infection, a virally-induced cold for example, demands from his doctor antibiotics? In such cases antibiotics are useless, but often the doctor bows down to the strong patient pressure and prescribes antibiotics. This is an example of indiscriminate use of antibiotics that promotes resistance of microbes that may reside in the patient’s body in very small numbers.

We are lucky to live in an age where we can be assured of timely, life-saving medical and surgical interventions that so often are life-saving. We are risking these advantages of modern medicine by misusing the very life-savers that can preserve us. Like the boy who cried “wolf” too often in jest, we too can lose all if a real wolf finally appears and threatens us and our life.
Posted by Intelliblog at 22:56