ON EATING TO LIVE 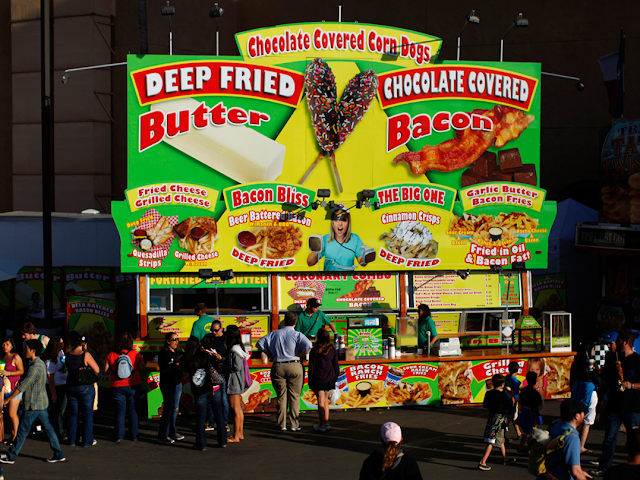 “The art of living well and the art of dying well are one.” - Epicurus

There seems to be some world-wide preoccupation with food presently. I wish I were talking about the starving millions who are desperately trying to get some nutrition, but unfortunately it is quite the opposite. It is a morbid desire of the well-fed to gorge themselves even more, and the sick single-mindedness of those with a jaded palate to try and find new taste sensations to tempt their tired tastebuds. The success of programs such as Master Chef on the television, the plethora of cookbooks published and sold every day, the infinitude of food and recipe “lifestyle” magazines available, and the cooking and recipe obsession in our media attests to this conclusion.

Do not get me wrong, I enjoy my food as much as the next person. I like sitting down to have a well-cooked meal, I relish sampling new tastes and I am willing to try my hand at realising some recipes in the kitchen. However, to religiously watch program after program of people cooking or competing for some prize by cooking, buying cookbook after cookbook, or reading recipe after recipe in magazines and papers, is not for me. We eat to live, not live to eat. This simple dictum is something that many people seem to have forgotten, obsessing endlessly with food, cooking, recipes, new tastes and obscure ingredients that will contribute to some novel recipe that they are striving to try.

Despite the overabundance of dietary research and the excess of recommendations of the conclusions of such studies to the general public, it is rather sad to see most people blissfully ignoring the obvious. Dietary excesses, consumption of imprudent amounts of the wrong foods, a blind dependence on foods that are universally acknowledged as bad for our health and wellbeing, all of these are still major problems that beset western nations.

The epidemic of diet-related diseases in western countries is another indicator of the magnitude of the problem of our fixation on food. Junk food is still something that is being consumed in enormous quantities and its pernicious effects on our health can be seen in doctors’ surgeries, our hospitals, clinics and the early deaths of people who have succumbed to diseases that are caused by what we eat. We are what we eat is another well-worn saw, but unfortunately it is true: Eat junk and you become junk…

Something that I personally find extremely offensive is the so-called “molecular cuisine”. This is the creation of “gastronomic delicacies” by utilising processes and equipment that would be more at home in a chemistry or physics laboratory. Complex processes are used to often make the ingredients completely unrecognisable and what ends up on the plate are congealed messes of striking colours, insubstantial foams, globules of sweet/savoury glug, intensely flavoured colloids, aromatic gases trapped into all sorts of edible containers, edible papers printed with designs in food dye and fruit inks, etc. Liquid nitrogen, for flash freezing and shattering can be used, carbon dioxide gas, for adding bubbles and making foams, enzymes, lecithin, maltodextrin, transglutaminase, hydrocolloids and other horrors can be used to make food that surprises (mainly unpleasantly) rather than providing nourishment and a balanced diet. This is novelty food in its worst form.

How difficult it is to cook a simple dish of few ingredients well! It is often these dishes that even the best restaurants are judged by. I have found the humble Caesar salad a good test dish with which to investigate how well a chef can deal with a simple order such as this. And I am talking about the classic, simple Caesar salad, no added chicken or salmon or olives or other extraneous ingredients. One of the best Caesar salads I have had was at Florentino’s Restaurant here in Melbourne, some time ago. Alas, this is no longer on the menu, having ceded its place to some more fashionable entrées, such as beetroot salad with goat’s curd and orange…

Give me small quantities of simple, fresh, well-prepared food eaten in convivial surroundings with compatible company and that is all I require for pleasant and nutritious fare. One enjoys many more meals that way and one’s good health as a consequence, contributes to a long life.
Posted by Intelliblog at 22:18