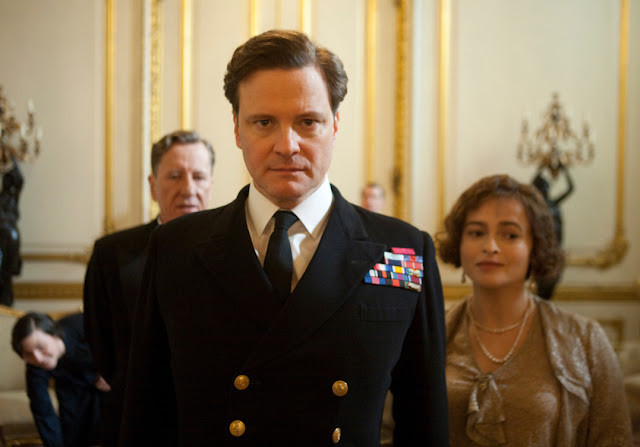 “Being happy is better than being king” - African Proverb

We watched the excellent 2010 film by Tom Hooper “The King’s Speech” at the weekend. This is a critically acclaimed film, which also won several awards including four Oscars, one for best motion picture 2011, one for best direction, one for best male lead and one for best screenplay. Colin Firth, Geoffrey Rush and Helena Bonham-Carter star in the film but there are also excellent support performances by a slew of other actors and actresses. It is an excellent British production, rich in authentic detail and with a wealth of period touches that immerse the viewer into the time of pre-WWII London.

The award-winning scenario by David Seidler was obviously a labour of love and he was writing about something very close to his heart as he suffered from a stammer as a child. He had heard George VI’s wartime speech as a child, and later in his adult life had written to the Queen Mother asking for permission to use the King’s story to create a film. The Queen Mother asked him not to during her lifetime, citing that the memories were too painful. Seidler respected her request, but when she passed away, this film was the result.

The film is a biographical incident in the life of the royal House of Windsor. It follows the royals as King George V is about to die and the throne is assumed by his heir Edward VII. As the war with Germany looms ahead, King Edward VII, embroiled in his scandalous affair with Mrs Wallis Simpson chooses abdication so he can marry her. The crown comes to George VI (Firth), the father of Queen Elizabeth II. He is terrified of this turn of affairs as he has been battling with a speech impediment since his fifth year of age. Widely considered by all unfit to be king, George is reluctantly thrust into the spotlight to compete with powerful orators like Adolph Hitler and Benito Mussolini. The film follows the King as he is helped by a little-known Australian speech therapist named Lionel Logue (Rush), whom his wife, Queen Elizabeth (Bonham-Carter) has found. The story revolves around the King’s attempt to find his voice and courageously lead his people into the worst war humanity has ever faced.

Although I am no royalist, the film transcends the monarchy and functions on a human level, and therein its success. This is widely different from the other “royal movie” released in the last few years, “The Queen” (see my review), which was thinly disguised propaganda for the House of Windsor and had no guts or glory associated with it as “The King’s Speech” does. Colin Firth does a sterling job of living the role of the reluctant, stuttering king and Geoffrey Rush shines as Logue, the speech therapist. Bonham-Carter is excellent as Queen Elizabeth (the late Queen Mother) and the supporting actors all play faultlessly.

The music is discreet and appropriate, the cinematography wonderful, costumes and settings impeccable and as I mentioned previously the script award-winning. This is a movie that must be watched and as we enjoyed it immensely we recommend it most highly.
Posted by Intelliblog at 12:14