HALLOWEEN, ALL SAINTS & ALL SOULS 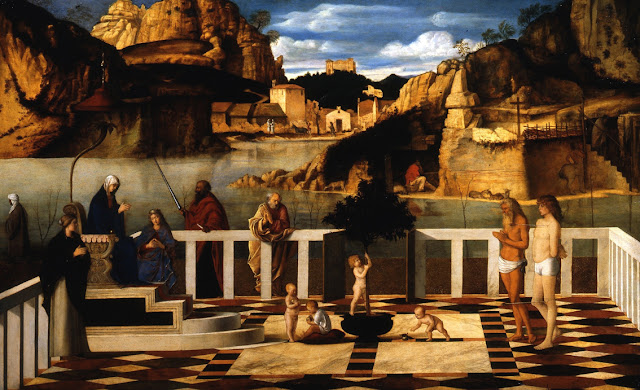 “Ordinary riches can be stolen, real riches cannot. In your soul are infinitely precious things that cannot be taken from you.” - Oscar Wilde

Halloween has been commercialised beyond recognition nowadays, far removed from its original religious significance. It was rather disconcerting in Melbourne this year to see the number of cheap Halloween merchandise on offer everywhere, and even many adults “dressing up” for Halloween. Our supermarket even had imported real pumpkins from the USA for pumpkin carving (remember pumpkins are autumnal vegetables, so not really compatible with our Spring Halloween). While I am not a complete wet blanket and I do enjoy the Halloween fun (within reason), the gross commercialisation (and secularisation) of this Feast Day (as is that of Christmas) is quite repugnant.

The Feast Day of the Roman Catholic and Anglican Churches commemorating all known and unknown Saints, is called All Saints' Day and is celebrated on November 1st.  All Catholics are obliged to attend mass on this day, it being one of the major feasts of the Roman Catholic faith. The Feast Day is principally to honour martyrs of the church who died in groups and whose names are not known. In 609, the Pope Boniface IV dedicated the Pantheon in Rome, as a church in the name of Our Lady and All Martyrs.  In England the festival was known as All Hallows, hence the name of the preceding day, Halloween.

The Christian feast has melded with the Celtic feast of Samhain, the pagan of New Year festival when crops were blessed, stored fruits and grains were hallowed and the dead were remembered. Samhain is considered by most Wiccans to be the most important of the four “greater Sabbats”. It is generally observed on October 31 in the Northern Hemisphere, starting at sundown. Samhain is considered by some as a time to celebrate the lives of those who have passed on, and it often involves paying respect to ancestors, family members, elders of the faith, friends, pets and other loved ones who have died. In some rituals the spirits of the departed are invited to attend the festivities. It is seen as a festival of darkness, which is balanced at the opposite point of the wheel by the spring festival of Beltane, which is celebrated as a festival of light and fertility.

As November 2nd is All Souls’ Day, “soul cakes” were made on the night of All Hallows for distribution to the poor.  The recipients of these cakes prayed for the souls of the departed, interceding on their behalf.  The returning, visiting souls of the dead on this day were thought to somehow be able to partake of these “soul cakes”.

All Souls’ Day (Soulmass) is a Feast Day of the Roman Catholic Church, which commemorates the souls of the departed that are still suffering in Purgatory.  The mass celebrated in church is a Requiem Mass and general intercessions for the dead are recited.  On All Souls’ Eve, relatives may visit cemeteries and light candles or burn incense at the graves of dead relatives.  On this day soul caking begun yesterday continues.  All visitors to the house should be offered a soul cake in order to pray for the rest of the dear departed’s souls.

The illustration is Giovanni Bellini’s (ca 1430 - 1516) “Allegory of Purgatory”. The picture is said to illustrate a fourteenth century French religious poem, in which the poet travels like Dante to Purgatory. Every figure is made to express a religious idea: The Madonna praying for the souls, who are shown as children playing; the tree of the Song of Songs, and the leafless Tree of Knowledge; a bunch of grapes, symbolic of Christ, over the Madonna’s head; two saints (Job and Sebastian) interceding on behalf of the souls; a Centaur in the distance, standing for man’s lower, animal-like nature; a man in oriental dress, signifying heathens; a hermit in a cave, showing the austere life which shortens one’s stay in Purgatory, and so on throughout the picture.
Posted by Intelliblog at 21:02