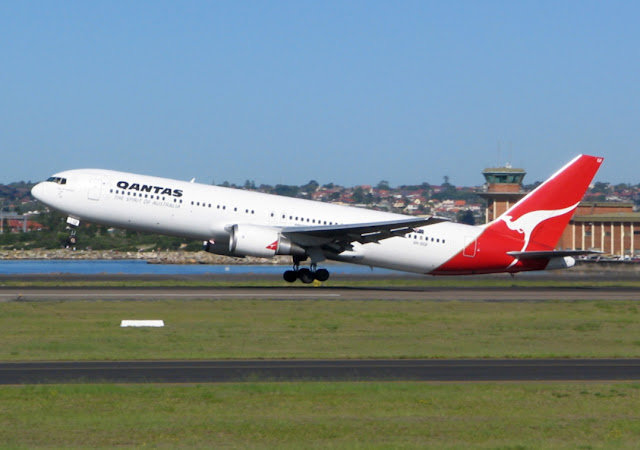 “Earth provides enough to satisfy every man’s need, but not every man’s greed” - Mahatma Gandhi

I was in Sydney for the day for work today, but spent the whole day indoors, and what’s more in a windowless lecture room. Perhaps it was just as well as it was raining cats and dogs when I got there in the morning. So much so in fact that I bought a rain poncho in order to walk from the train terminus to the University, which fortunately was not very far off. Nevertheless, the poncho kept me dry and I was still presentable when I got there. Using public transport is quite convenient, especially if it’s an airport train that is located when the airport terminal as this is the case in Sydney airport. Having to deal with rain is less annoying than having to deal with traffic at peak hour!

I was attending a special national Higher Education Governance workshop, which turned out to be mammoth meeting that went on for most of the day. It was extremely interesting and as it was the inaugural one, there was much discussion and teasing out of many topics, with a great deal of debate, which was done in the best collegiate style. Even though it was an arduous day, it was also interesting, engaging and challenging. I thoroughly enjoyed it. So much so in fact that I volunteered to be in the working group to organise the next such meeting in March next year (I’ll probably regret this later as I am too busy already, but never mind!).

It was fortunate that the Qantas Airlines brouhaha was well and truly over today and both of my flights ran on time without any disruptions. I was getting rather nervous at the weekend when the whole of the Qantas fleet was grounded. This was the culmination of a long running dispute over a series of points of contention between the employees of our national air carrier and the management of the company. Pilots, engineers and ground staff are fighting over pay, conditions, job security and outsourcing. Demands include that Jetstar pilots be paid the same as Qantas pilots and that hangars be built for planes not yet in service.

Qantas CEO Alan Joyce has stated that the unions are making “impossible demands” and that they are trying to dictate how management runs the business. The recent $2 million bonus that Qantas gave its CEO was heartily reviled nationally and the outcry was against Mr Joyce himself as he used his position of using his $10 million worth of shareholding to vote in favour of his own 71 per cent pay rise, while the unions continue to fight for better conditions for their workers. It is amazing to think that Mr Joyce, previously on a $3 million a year salary walked into the Qantas boardroom and said: My salary is not enough. I can’t live off $3 million, I need a $2 million pay rise, to take me to $5 million a year…” All of this in times of great global financial crisis and when jobs are being cut within Qantas.

The situation got very ugly and at last the Federal Government intervened ordering the stoppage to be stopped! Negotiations are still continuing and no doubt resolution is still not too close. Perhaps at the end of it a fairer deal will be worked out and Mr Joyce will get another $1 million raise for his troubles…