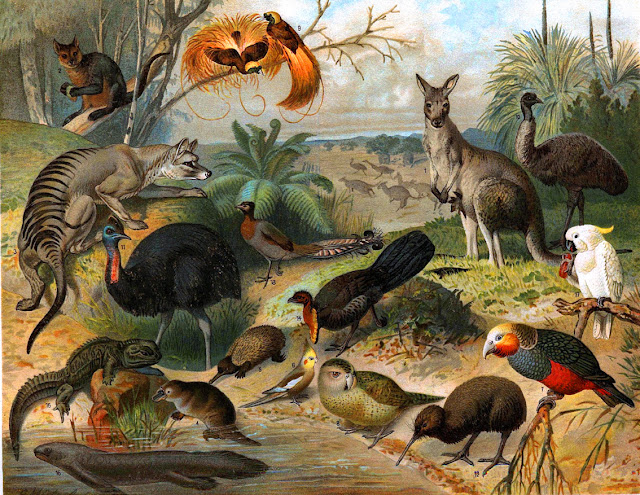 “If you have men who will exclude any of God's creatures from the shelter of compassion and pity, you will have men who deal likewise with their fellow men.” - St. Francis of Assisi

Today is World Animal Day first commemorated in 1931 at a convention of ecologists in Florence as a way of highlighting the plight of endangered species. Since then it has grown to encompass all kinds of animal life and is widely celebrated in countries throughout the world. It is intended to be a day of awareness, celebration and action for anyone in the world who cares about animals. It is not restricted to any one nationality, creed, religion, political belief or ideology. People around the world are united by their love of animals and their special place in the environment. Conservation, sustainability and environmental issues take front stage today, when we can contemplate the special place that animals have in our lives.

October 4th is the Feast Day of St Francis of Assisi who is the patron saint of animals and ecology. His Feast Day was a most appropriate day chosen to dedicate to animals. Francis was born at Assisi in Umbria in 1181. His father was a prosperous merchant, and Francis planned to follow him in his trade, although he also had dreams of being a troubadour or a knight. In 1201 he took part in an attack on Perugia, was taken hostage, and remained a captive there for a year. As a result of his captivity and a severe illness his mind began to turn to religion, but around 1205 he enlisted in another military expedition, to Apulia.

However, he had a dream in which God called him to his service, and he returned to Assisi and began to care for the sick. In 1206, he had a vision in which Christ called him to repair His Church. Francis interpreted this as a command to repair the church of San Damiano, near Assisi. He resolved to become a hermit, and devoted himself to repairing the church. His father, angry and embarrassed by Francis’s behaviour, imprisoned him and brought him before the bishop as disobedient. Francis abandoned all his rights and possessions, including his clothes.

Two years later he felt himself called to preach, and was soon joined by companions. When they numbered eleven he gave them a short Rule and received approval from Pope Innocent III for the brotherhood, which Francis called the Friars Minor. The friars travelled throughout central Italy and beyond, preaching for people to turn from the world to Christ. In his life and preaching, Francis emphasised simplicity and poverty, relying on God’s providence rather than worldly goods. The brothers worked or begged for what they needed to live, and any surplus was given to the poor. Francis turned his skills as a troubadour to the writing of prayers and hymns.

One of Francis’s most famous sermons is one he gave to a flock of birds. One day while Francis and some friars were travelling along the road, Francis looked up and saw the trees full of birds. Francis left his companions in the road, ran eagerly toward the birds and humbly begged them to listen to the word of God. One of the friars recorded the sermon, which overflows with Francis’s love for creation and its Creator: “My brothers, birds, you should praise your Creator very much and always love him; he gave you feathers to clothe you, wings so that you can fly, and whatever else was necessary for you. God made you noble among his creatures, and he gave you a home in the purity of the air; though you neither sow nor reap, he nevertheless protects and governs you without any solicitude on your part.”

Thomas of Celano records that the birds stretched their necks and extended their wings as Francis walked among them touching and blessing them. This event was a turning point of sorts for Francis. “He began to blame himself for negligence in not having preached to the birds before and from that day on, he solicitously admonished the birds, all animals and reptiles, and even creatures that have no feeling, to praise and love their Creator.”

In time St Francis’s brotherhood became more organised. As large numbers of people, attracted to the preaching and example of Francis, joined him, Francis had to delegate responsibility to others. Eventually he wrote a more detailed Rule, which was further revised by the new leaders of the Franciscans. He gave up leadership of the Order and went to the mountains to live in secluded prayer. There he received the Stigmata, the marks of the wounds of Christ. He died at the Porziuncula on October 3, 1226.
Posted by Intelliblog at 21:45