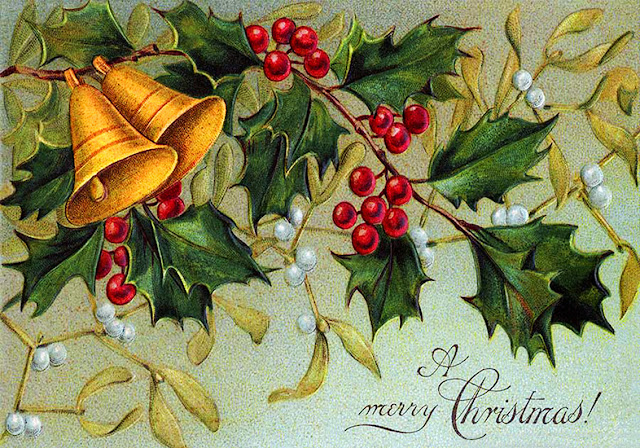 “I heard the bells on Christmas Day; their old familiar carols play, and wild and sweet the word repeat of peace on earth, good-will to men!” - Henry Wadsworth Longfellow
The year has just hurtled past and here we are greeting yet another Christmas Eve. The year has been a difficult one and one that will certainly be memorable to me personally as a very significant, red letter one… Still, I am forever optimistic, looking forward to the New Year, which will hopefully be a better one.
For Song Saturday today, a Christmas carol, the ever-popular “Carol of the Bells”. It was composed by the Ukrainian composer Mykola Leontovych with an English text created later by American composer Peter J. Wilhousky, who wrote lyrics entirely unrelated to the original ones. The carol is based on a folk chant known in Ukrainian as “Shchedryk”, which Leontovych has used as the basis of the carol. It is a haunting four note ostinato motif within the range of a minor third, which is thought to be of prehistoric origins.
Although the first version of the composition was composed in 1904, it first premiered in December 1916 performed by a student choral group at Kiev University. It was introduced to Western audiences by the Ukrainian National Chorus during its concert tour of Europe and the Americas, where it premiered in the United States on October 5, 1921 at Carnegie Hall. A copyrighted English text was created by Peter Wilhousky in the 1930s, and since then it has been performed and sung worldwide during the Christmas season.
*Merry Christmas to all readers of my blog,
may you have a happy, peaceful and restful day tomorrow,
close to those near and dear to you!*
Posted by Intelliblog at 21:09