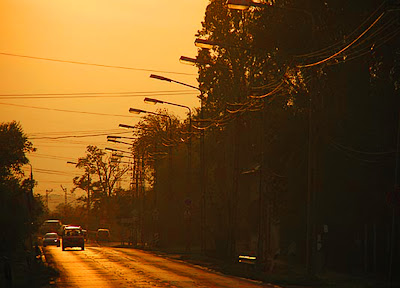 “And the night shall be filled with music,
And the cares that infest the day
Shall fold their tents like the Arabs
And as silently steal away.”

A grey lingering winter’s day today, with some rain and coldness reminiscent of late July. After a hurried morning sortie to do some shopping we came back home and stayed in for the whole of the day. In the evening, as the sun was setting the clouds parted in the western sky a little and the golden glow illuminated the grey landscape creating an eerie and almost preternatural picture.

For Music Saturday, a piece from Michael Nyman’s soundtrack of Jane Campion’s film “The Piano”.