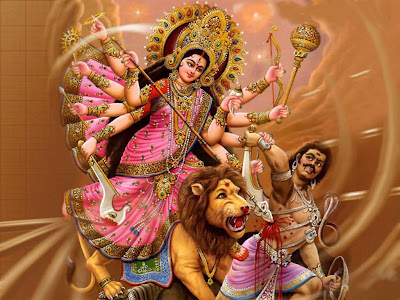 “I am learning all the time. The tombstone will be my diploma.” - Eartha Kitt

Are you a person who multi-tasks? Typically, it is said, women multi-task easily and men have a very hard time doing so. I must be an exception to the male rule as I will quite happily multi-task (or at least devote time to a multitude of tasks within any one time). In any case, multi-taskers have been glorified and held up as shining examples of efficiency and competence. Up until now, that is… Clifford Nass, a Stanford University communications professor conducted a study on multitasking that has found some surprising results, contrary to popular belief.

The study showed that people who habitually multi-task are easily distracted and get bogged down by irrelevancies. The study found that those who juggle with multiple inputs, such as emails, web-searches, text chats and videos performed worse than those who concentrated their attention to one task at a time. Eyal Ophir the lead author of the research describes how the group of researchers kept trying to find something that multi-taskers did better than the group of single-taskers and they couldn’t find it. Multi-taskers were particularly bad at organising information and logically processing it. They also performed poorly when it came to remembering information and filtering out the “junk” data.

Social science has long held that people cannot process more than one string of information at a time. Concentrating on one task, one problem, one issue at a time seem to be the way that our brain is wired for maximum efficiency. Some other research appears to be in conflict with this and suggests that with some tasks the brain may be facilitated by the concurrent activity. For example it was reported several years ago that listening to Mozart’s music while studying improved memory and learning.

Alzheimer's patients exposed to music by Mozart also do better in spatial and social activities, and the famous composer's sonatas reduce electrical activity associated with seizures in epileptics. To date, no other type of music has delivered the same benefits. Experiments with rats who heard Mozart showed increased expression of genes responsible for stimulating and changing brain cell connections. "Smart" genes encouraged by the music included CREB, a learning and memory compound; BDNF, a nerve cell growth factor; and synapsin I, responsible for synapse formation. All improve function in the hippocampus, a brain area linked to learning and memory…

So if you must multi-task, then do it with Mozart playing in the background. Otherwise one thing at a time and listen to the sounds of silence!

multi-tasking |ˌməltiˈtaski ng; ˌməlˌtī-| noun Computing
The simultaneous execution of more than one program or task by a single computer processor.

Human multi-tasking is the performance by an individual of appearing to handle more than one task at the same time. The term is derived from computer multi-tasking. An example of multi-tasking is listening to a radio interview while typing an email. Some believe that multi-tasking can result in time wasted due to human context switching and apparently causing more errors due to insufficient attention. Other research illustrates our brains are capable dealing with certain 'dual multiple tasks' at the same time.

ORIGIN: From Latin multus ‘much, many.’ & Middle English: From an Old Northern French variant of Old French tasche, from medieval Latin tasca, alteration of taxa, from Latin taxare ‘censure, charge’. An early sense of the verb was [impose a tax on.]

Jacqui BB is hosting Word Thursday
Posted by Intelliblog at 01:31