DAY OF THE TWO SUNS 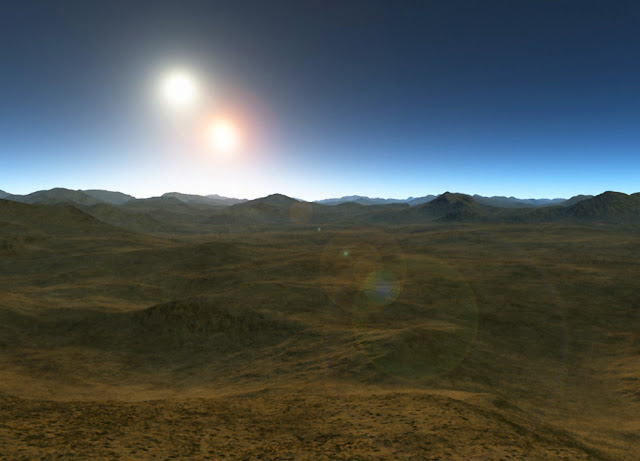 I was struck by a news item a few days ago that was reported widely, not the least by newspaper that I read on the train every evening as I come home.  The title was sensationalist enough - “Sun to Shine at Double”, but the body if the article continued in the same vein: “The earth could soon have a second sun, at least for a week or two.” This article turned out to be a reference to Betelgeuse, one of the brightest stars in the night sky and a giant red sun in the constellation of Orion. This aging sun is on the verge of exploding into a supernova, which will light up the night sky as if we had a sun shining and in daytime, it will look as though we are being illuminated by two suns…

All this even if Betelgeuse is 640 light years away from (so we are at a safe distance and we won’t bear the brunt of the explosion, don’t worry!). However, in cosmic terms we have a ringside seat, hence the awe-inspiring display. Well, I was wowed by this! To think that SOON we would have this spectacle to witness was amazing! However, as I kept reading I was slightly disappointed. Yes, sure enough Betelgeuse could turn into a supernova soon, as soon as this year, but in cosmic terms “soon” could also mean any time over the next million years. What a let down!

This was a wonderful bit of yellow press reportage where a comment by Brad Carter, Physics senior lecturer at the University of Southern Queensland was taken out of context and sensationalised. Well, it worked! It grabbed my attention. What the good professor Carter said was that Betelgeuse is a very old star running out of nuclear fuel in its centre. When the fuel runs out, the sun will collapse in on itself initiating some complex nuclear reaction that will lead to a massive explosion, with incredible amounts of energy and light produced. Hence the spectacular light show for several weeks.

No doubt helping in the sensationalism of the new item was the name of the star, Betelgeuse – identified with the devil, and also the doomsday predictions of the “ending of time” in 2012, in accordance with the Mayan calendar prophecy. People love a good disaster story and things don’t get more disastrous than time ending and the “Devil Star” exploding in our own cosmic back yard. However, I won’t be losing sleep over this and certainly will not be holding my breath till there two suns in the sky!

supernova |ˈsoōpərˌnōvə| noun ( pl. -novae |-ˌnōvē| or -novas ) Astronomy
A star that suddenly increases greatly in brightness because of a catastrophic explosion that ejects most of its mass.
ORIGIN late 19th century: From Latin, super-, from super ‘above, beyond.’ and feminine of novus ‘new’ (because such stars were thought to be newly formed).
Posted by Intelliblog at 00:19