MOVIE MONDAY - THE GIRL WHO PLAYED WITH FIRE 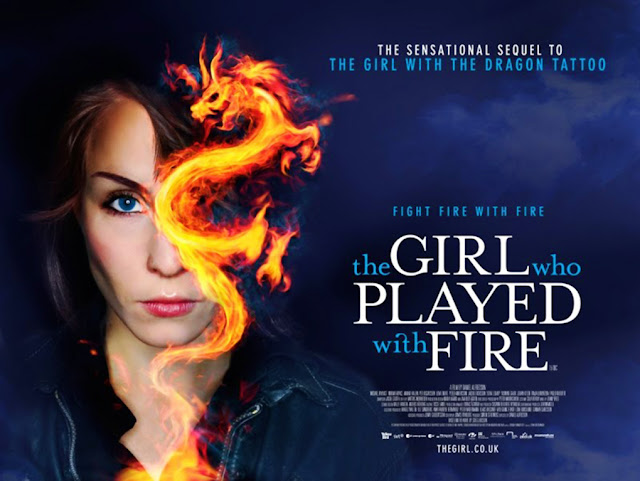 “We have rudiments of reverence for the human body, but we consider as nothing the rape of the human mind.” - Eric Hoffer

Last Saturday we watched the second of the Stieg Larsson Millennium Trilogy, director Daniel Alfredson’s 2009 movie of “The Girl who Played with Fire”. We had already watched the raw and powerful first film “The Girl with the Dragon Tattoo” and when this second movie appeared on the video shop shelves we were keen to watch it also. The Swedes have a tradition in movie making, internationalised and widely applauded through the work of Ingmar Bergman (1918-2007). There is also a rich tradition in literature, with August Strindberg (1849-1912), Selma Lagerlöf (1858-1940), Hjalmar Bergman (1883-1931) and Pär Lagervist (1891-1974) being some of the shining lights. The success of the Millennium Trilogy as books and then as films therefore, is no surprise.

The books of Stieg Larsson (1954-2004) may not be of Nobel Prize standard (as represented by the Nobel Prize winner for literature in 1909, Selma Lagerlöf, for example) but they have been very popular and if nothing else are extremely powerful documents against violence towards women. Larsson, was disgusted by sexual violence this being because he witnessed the gang rape of a young girl when he was 15. He never forgave himself for failing to help the girl, whose name was Lisbeth – like the young heroine of his books, herself a rape victim. These books are written as testament to the real Lisbeth’s ordeal and as Larsson’s redemption for his weakness or cowardice.

The story picks up straight after the end of the first film in the series, when Lisbeth Salander returns to Sweden after spending a year abroad. She calls on her court-appointed guardian to remind him of his promise to submit satisfactory reports on her behaviour. Mikael Blomkvist continues as an editor of Millennium magazine and the journalists there are onto a major story about prostitution and trafficking of women from Eastern Europe. When the investigative journalist and his girlfriend working on that story are brutally killed, the police announce that Lisbeth is their prime suspect. Lisbeth and Mikael work independently trying to find out who is really behind the murders. They not only learn the identity of the culprits but also some of Lisbeth’s own family secrets.

I think we enjoyed the first movie better, although this one also had quite a lot of action and surprises. It did give the feeling, however, of repetitiveness and wasn’t quite as engaging as the previous movie. There were quite a few bridging flashback sequences from the previous movie and overall I felt that this second I the series was a weaker one than the first. Nevertheless, we watched it with interest and we were entertained, although once again there was much violence and bloodshed (although not as confronting as in the first movie – maybe it’s a bad sign: Are we getting immune to it all?).

Overall, a good film with plenty of incident, action, memorable characters. Mikael Spreitz makes a formidable villain and both Michael Nyqvist and Noomi Rapace do an excellent job of playing the main characters, Mikael and Lisbeth. The cinematography, music and editing are of good standard and the film flows well. Recommended, but if given a choice I would go for the first installment, “The Girl with the Dragon Tattoo”. See my review of this movie here.
Posted by Intelliblog at 10:04