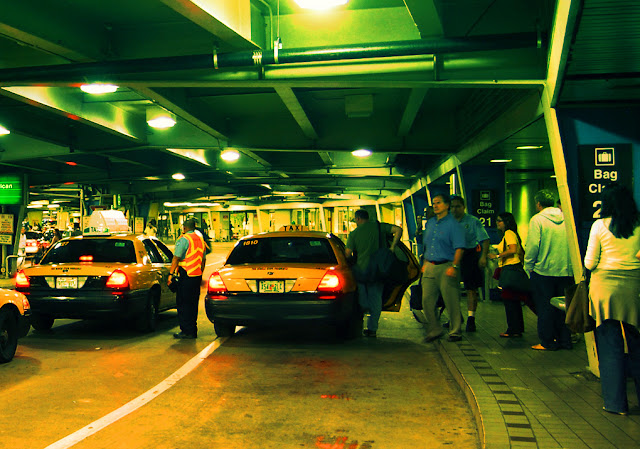 “If you succumb to the temptation of using violence in the struggle, unborn generations will be the recipients of a long and desolate night of bitterness, and your chief legacy to the future will be an endless reign of meaningless chaos.” - Martin Luther King, Jr.

The taxi driver got up early that morning. Times were tough and his young family needed more and more support. His son was just starting school, his daughter needed new books for her classes. His parents were ailing and medicines were getting more and more expensive. His mother-in-law needed a cataract operation and the taxi payments had to be kept up. His wife had lost her job only last week… He wasn’t one to complain. His doctoral degree in physics was useless at the moment and with work scarce, driving a taxi was an honest option. He should be thankful, others weren’t so lucky. Yes, all considered, he was one of the lucky ones, able to put bread on the family table. Times were tough but his family had never gone hungry yet…

As he was driving through the dark morning winter streets he was glad to pick up even the short distance fares, thankful for every little bit that helped him live with dignity and provide for his family. He drove, always on the lookout for the familiar raised arm beckoning him to stop. People got in, he drove them to their destination and his daily takings kept increasing. If only he could get a couple of good fares, he might even get enough today to buy all the textbooks his daughter needed. A woman clutching a large suitcase stopped him near the old square. He stopped and got out into the biting cold to help her stow her baggage in the boot. She was young and dressed in black, the winter clothing wrapped tightly around her, her head covered with a black hat, a scarf wound tightly around her neck and lower face. She was deathly pale and her eyes dark and intense – bottomless abysses.

She sat in the back and bundled herself tightly against the closed door. Her voice was quiet and the accent thick as she directed him to the airport. He nodded, happy for this unexpected boon. This was going to be an excellent fare. His young son would have a new uniform. He smiled pleasantly at her through the rear view mirror and tried to make small talk. Her gaze was distant, her eyes glazed over with tears that would not flow. She waved absently at him and murmured something incomprehensible.

He respected her silence and nodded, keeping quiet himself. Still, he could not keep from smiling as he thought of the good day he was having today. His family would not want while he was there for them. And he would do anything to keep them fed, warm and well provided for. The traffic was building up as they approached the airport. The woman spoke again and directed him to the entrance she wanted. Cautiously, he drove through the chaotic traffic and mindful of the other taxis, stopped at the taxi rank. The woman paid him and refused her plentiful change, which he gratefully accepted.

Ever helpful he sprang out opened the door for her and took the suitcase out of the boot. He offered to carry it inside for the woman – the least he could do for the large tip she had given him. She shook her head and grabbed at the suitcase. It was relatively heavy and he, ever chivalrous waved her away, telling her effusively that it was no bother. She looked around them worried and when she saw that their altercation was attracting attention, she grudgingly allowed him to carry the suitcase inside the terminal.

The explosion rocked the terminal building and the people were mowed down. There was fire and smoke, flying bits of debris and deadly metal, nails, and blood and body parts. Screaming and panic followed, alarms rang. The taxi driver died instantaneously, happy, his last thoughts with his family and the good fare – his last. The woman in black died shouting something in her language, full of passion and conviction. Many died in the blink of an eye. So many were injured. All of them innocent, many possibly even agreeing in principle with the woman in black’s convictions.

When the police knocked on the apartment door where the taxi driver and his family lived, his wife answered the door. Her pitiful wails were heard around the building and the aged parents could only sob uncontrollably on and on.

In memoriam of all the innocent people who died in Moscow’s Airport today. Violence may give someone a short victory, but defeat inevitably follows in its wake and it is utter and self-destructive, ultimately.
Posted by Intelliblog at 00:35